Lists of Lists: Finding The Right Fit For Your Salesforce Partner

Previous Next
Lists of Lists: Finding The Right Fit For Your Salesforce Partner

One of the most underrated parts of getting stuff done is keeping lists. And to be clear, “stuff” is a euphemism for another word that comes off much better spoken than written.

Lists, of course, are what we make fun of (like that overly-organized kid in high school who had too many of them, including one for his/her crushes). And we still mock the same caricature of a person 15 years later when he/she’s making lists about her future life rather than living it. 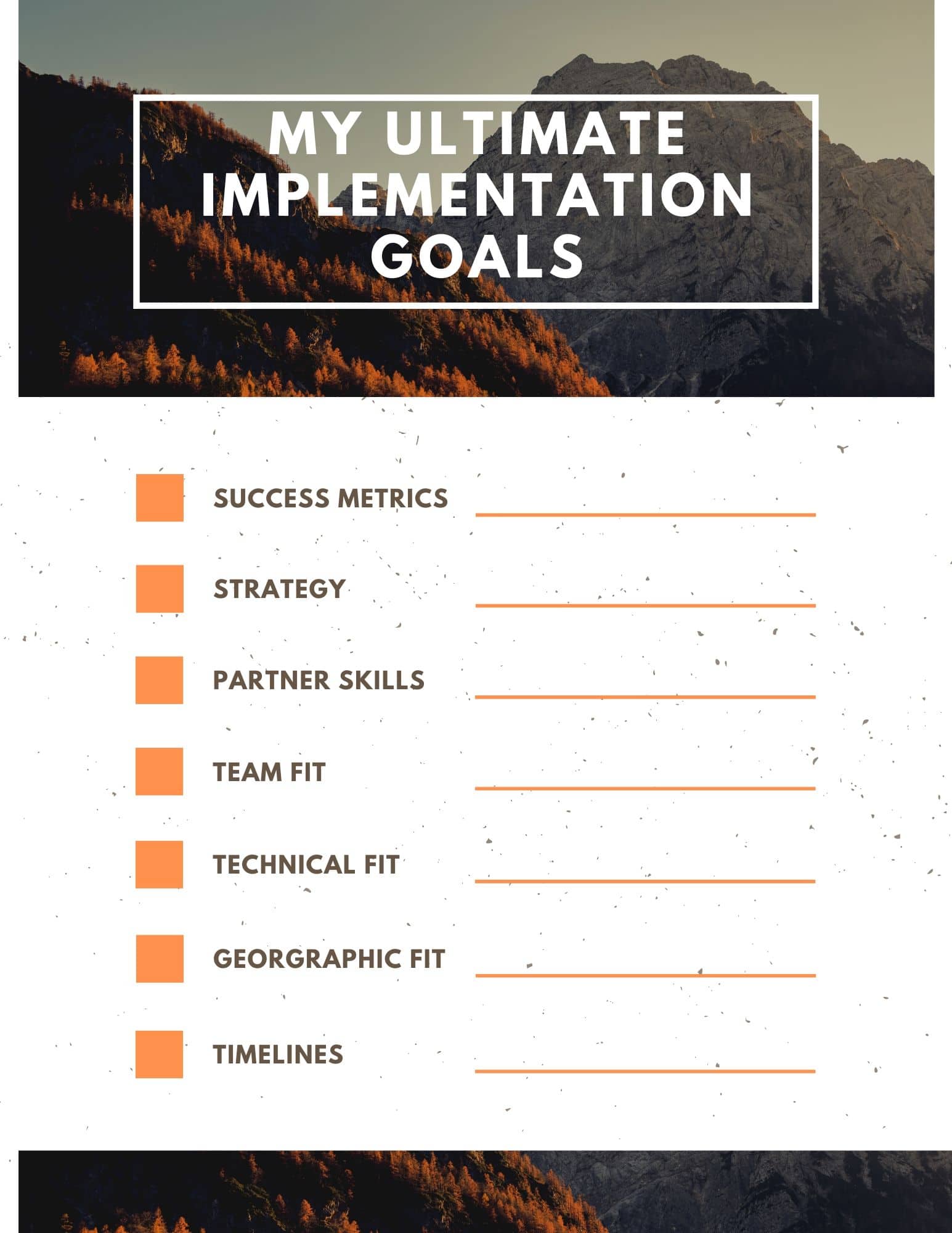 But here’s the interesting thing about lists: of the million things any individual or organization could do to make sure everything happens and everything happens well, keeping lots of lists has the combination of being the easiest to implement and the one with the highest return on investment.

Now, there are a few downsides to keeping lists. The first is the converse of one of the benefits: it makes you more accountable — and that can be scary for any individual. (Even me, sometimes!) But greater accountability is essential for the team as a whole.

The other key downside is hinted at in the stereotype I mentioned above of the girl who keeps lists but doesn’t follow-through: the follow-through is actually the hard part. Most lists start, are created once, and then dropped and never maintained. That’s why I have been using here the phrase “keeping lists” not “creating lists” — you don’t just want to create it once, but keep it and keep it up to date. (And possibly even keep it close to your heart.)

There is, of course, an interpretation of Salesforce itself as just being an uber-sophisticated version of tracking lists at their highest order of complexity. And that’s part of the genius of it: good lists become more complex over time, and it reaches a point where the complexity is so great, you need a dedicated system to manage these lists. And that’s the heart of what Salesforce is.

My favorite pro-tip for making lists is to not just make and keep them, but to share them! That doubles down on accountability and power.

So why don’t you open up a Google Spreadsheet now and make that list about everything you’ve been putting off?

All of this analysis leads to one question you’re probably wondering: “Morgan, why are you sharing this analysis on the importance of lists here, now, on the Cirrius blog?”

And the answer is because the obsession with keeping lists of everything — and keeping them maintained, and sharing them to track what’s happening, from the big to small issues — is one of the ways in which Cirrius is one of United Virtualities (the Salesforce Commerce Cloud Experts)’s favorite partners. (I had to get the pitch in there somewhere, didn’t I?) But Cirrius-ly, it’s an approach to the world that unites both companies. And yes, I’m obviously only the 11th million person to have made that joke.

In fact, in a recent call, I mentioned to Cirrius’ friendly CEO that I sometimes think about branding UV as “The List People.” Actually, I think “The List Guys” sounds better but since almost half of the company is women, and so many of them are so awesome, and I don’t want to exclude anyone, my brain keeps on turning the “Guys” into “People.” To which Chad (the infamous CEO) responded: “That could describe us, as well.”

Indeed, it could. Conclusion: lists are great. Don’t just start them but keep on top of them. Share them. Do it as an experiment and see how it goes. And for another pro-tip, if you want to see how someone else works — such as a potential Salesforce partner you’re considering working with — just take a peek at their own lists. Even a quick glance, and even at just the simplest ones, usually reveals a lot of subtle information. You just have to pay attention.

Morgan Friedman is the CMO of United Virtualities, the Salesforce Commerce Cloud development shop. He loves modeling people’s minds, making predictions, and you can read more about him on his old-school personal web page.

About the Author: Morgan Friedman

We use cookies on our website to give you the most relevant experience by remembering your preferences and repeat visits. By clicking “Accept All”, you consent to the use of ALL the cookies. However, you may visit "Cookie Settings" to provide a controlled consent.
Cookie SettingsAccept
Manage consent

This website uses cookies to improve your experience while you navigate through the website. Out of these, the cookies that are categorized as necessary are stored on your browser as they are essential for the working of basic functionalities of the website. We also use third-party cookies that help us analyze and understand how you use this website. These cookies will be stored in your browser only with your consent. You also have the option to opt-out of these cookies. But opting out of some of these cookies may affect your browsing experience.
Necessary Always Enabled
Necessary cookies are absolutely essential for the website to function properly. These cookies ensure basic functionalities and security features of the website, anonymously.
Functional
Functional cookies help to perform certain functionalities like sharing the content of the website on social media platforms, collect feedbacks, and other third-party features.
Performance
Performance cookies are used to understand and analyze the key performance indexes of the website which helps in delivering a better user experience for the visitors.
Analytics
Analytical cookies are used to understand how visitors interact with the website. These cookies help provide information on metrics the number of visitors, bounce rate, traffic source, etc.
Advertisement
Advertisement cookies are used to provide visitors with relevant ads and marketing campaigns. These cookies track visitors across websites and collect information to provide customized ads.
Others
Other uncategorized cookies are those that are being analyzed and have not been classified into a category as yet.
SAVE & ACCEPT
Go to Top